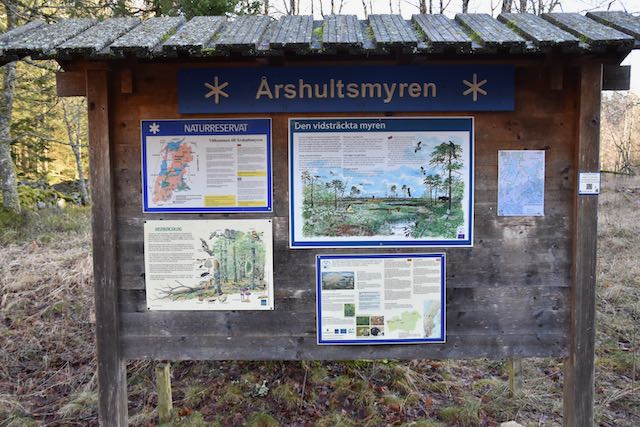 In the south-western part of Småland (nowadays the province of Kronobergslän) there are a total of 33 nature reserves where you can walk and enjoy nature. Today we take a look at a piece of unspoiled marshland, the Årshultsmyren, with easy and beautiful walking routes of 4 to 9 km.

Årshultsmyren is the largest unspoiled swamp area in Kronobergslän. The reserve consists of various mosses and marshes with wooded islands and lakes.

The 1,500 hectare reserve protects and preserves an extensive and largely untouched swamp complex together with the animals and plants that are located there. Just west of Årshultsmyren lies Hunnsberget – from where you have a wide view over the landscape of the nature reserve with its marshes and forests.

Hunnsberget is the highest mountain in the municipality of Ljungby. Here the legend of the shoemaker in Sutarestugan takes place: “once a shoemaker, called the Sutaren, fled the Danish soldiers. He hid in a small cave on the steepest side of the mountain. Every Danish soldier who climbed upwards knocked down.“

The swamp area is typical of the rainy areas in southwestern Småland. The swamp plains consist of pits surrounded by drier areas with grass pollen. And the water forms marsh carpets moving here and there.

The white mosses are typical of the marshes. Other common plants include heather, bell heather, wool grass, deer grass, the white beak, and insect-eating round sundew. The clock gentian is growing around Örsjön in the North and Kyrkängen in the South. For the most part, conifers grow on the islands. Various species of birds also nest in this swamp area, such as the curlew, wood sandpiper, golden plover, capercaillie, black grouse and cranes. 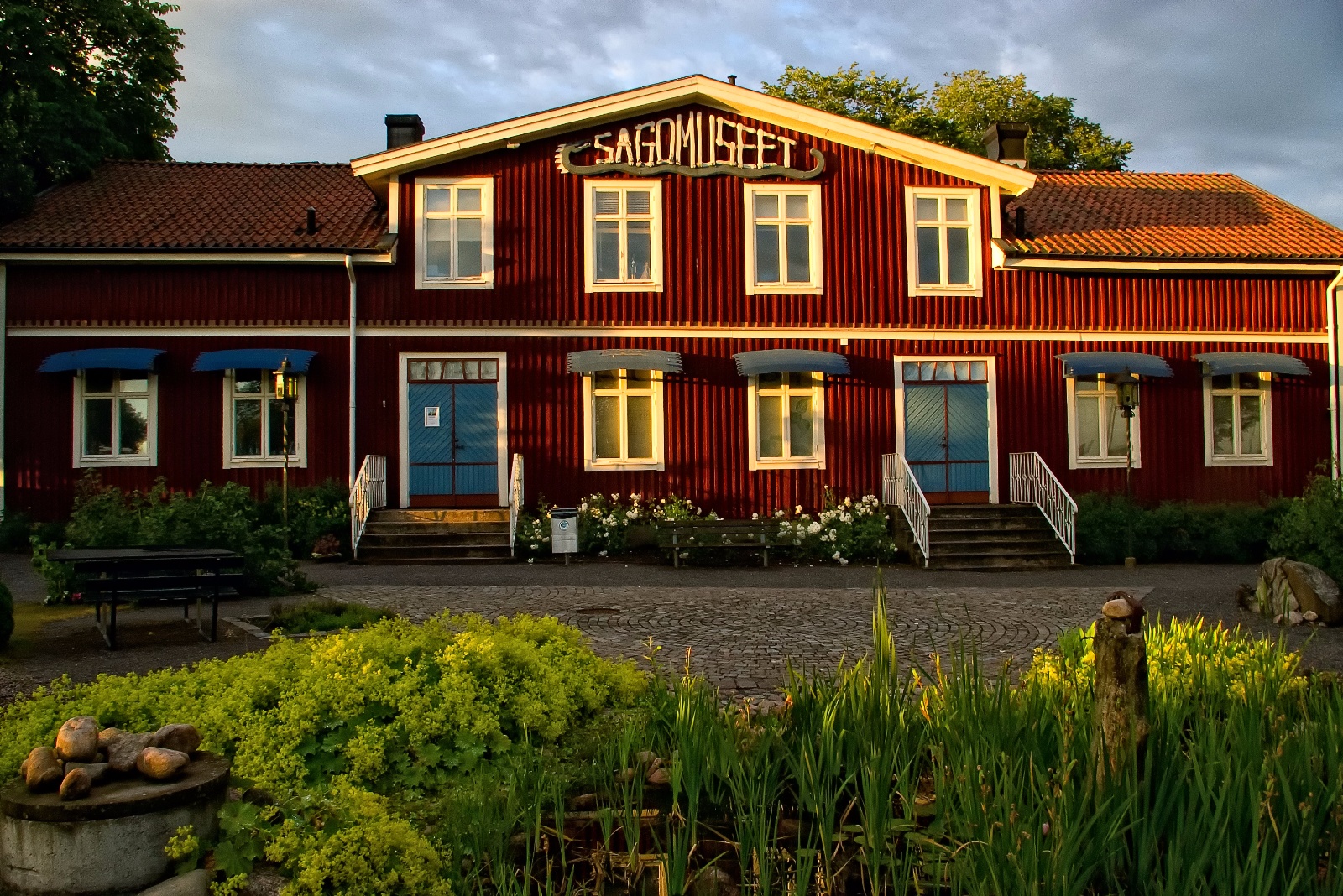 Stories have always been there, they were told when everyone was done working and one gathered around the fire. The first stories date back to the year count and by continuing to tell them we know that.

Around 1800 it was still very common that people told each other stories around the fire, after work, but a century later this was almost completely gone, supplanted by the written word and later, when the technique progressed through radio, film and TV.

Around the ’80s, it seemed that the most original form of culture, that of the spoken word, was disappearing. But suddenly stories were told again, at festivals, in storytelling cafes ect, all over the Western world.

In Småland, near Ljungby, many sagas and legends lived among the people and there were many well-known and even famous storytellers. Many stories had been documented since 1800, as a result was that the Sagomuseet was opened here in 1990. The museum is the heart of a large area in which all kinds of sagas originate, often in the midst of beautiful nature and in special places.

It is a beautifully decorated small museum. You will find familiar and unknown sagas from the surroundingarea, beautifully shaped by textile artist Mia Einarsdotter and painter and sculptor Kjell Sundberg. There is a lot of attention to details and you can pull strings, open it. Suddenly there’s a song or a dog barking. And if you’re going through the rooms for another round, new details will stand out. And visit worth it for small and small especially if you love stories! Every year just before midsummer they organize a large storytellers festival with participants from all over the world.

Since November 2018, the museum has been on UNESCO’s list for in-material heritage. 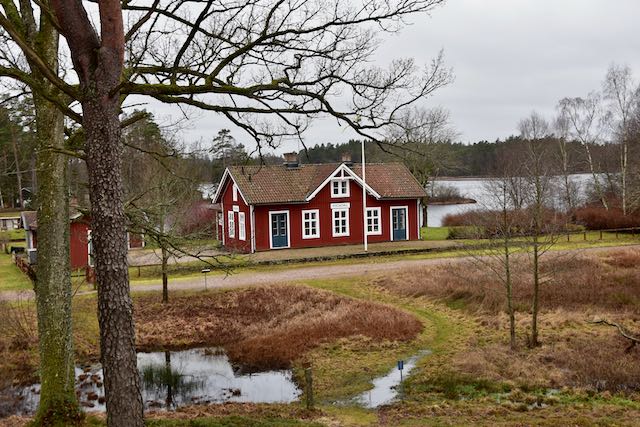